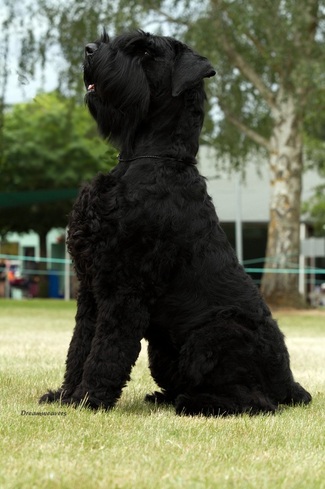 Magic is a stunning young Giant with so much going for her, structure, temperament and attitude...with a sweet and entertaining personality!

Magic completed her first year in the showring with excellent results, including: Many thanks to the judges who awarded her, and her wonderful bunch of handlers, such amazing achievements for a minority breed.

2014 was an exciting year for 'the Russian princess' as she not only returns to the breed ring but also begins her agility career with Billie in April.

At the 'black tie' SUPREME Dog Show for 2014, against a stunning line up of the previous years 'Puppy In Show' winners, Magic won the PUPPY PLATE! Magic and Lisa showed to perfection and it was such a thrill that she not only qualified but was honoured with this award.

A Giant thank you to Lisa Guy who handled Magic beautifully in the ring.

Magic had a beautiful litter of pups in January 2016, and she thoroughly revelled in motherhood raising super puppies. 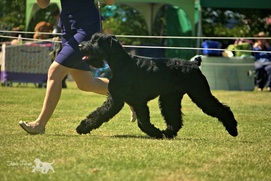